What year is it?

An attempt to force order on the universe’s chaos? 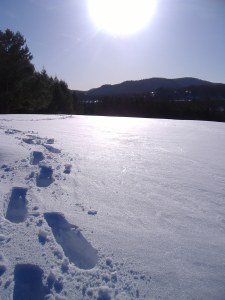 In the west, yesterday marked the first day of the new calendar year 2014.

Everyone that marches to this calendar perceives this as a new time period. A new beginning of a record of time.

Folks are filled with ideas for commitment to goals, they call them “New Year’s Resolutions”.

I find my resolutions to be no different than at any other time of the year.

Take time to wonder. Share blessings. See the beauty in all things.

Remember you are but a flash in the universe’s timeline. A tiny unseen spark on a tiny rock, one of trillions of rocks riding the invisible gravity train around a star.

You live in a galaxy hurtling through space at 600 kilometers per second, bound on a collision course with a neighboring galaxy. Every moment is good fortune!

In Armchair Zen world, the year has already started. It began with the solstice.

It began at the time the Earth stopped tilting her frozen North Pole away from the sun.

The subtle, imperceptible yet predictable pause in the rocking of the planet, as it begins the swing back toward summer solstice.

Prior to this, since the Julian June, days became shorter a couple minutes at a time.

Now the pendulum swings past center, and the arc rises.

The “new” year is the same as the “old” year as far as the universe is concerned.

Mine is counted in heartbeats.

My heartbeat, slow & steady, as I rock my baby granddaughter. My wife’s, unsteady as a newborn foal, as she palpitates her way through another year.

Counted in breaths of air.

Counted in silent moments of awe-inspiring beauty, in the unspoken communication of eyes meeting.

In the automatic and natural gesture of holding hands.

Counted in the rare moments that will never repeat.

A captivating sunset, prisms in the grass, rainbows, ice-off, the first freeze.

Each day brings a new start. Any given day could be numbered “ONE”, the first of 365.25 consecutive days that represent that measuring stick called a year.

So whether you follow the sun, the moon, the stars or the Julian calendar, my wish for you is good fortune in great measure.

Oh yeah, and good luck with those resolutions. 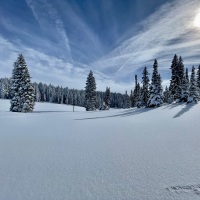 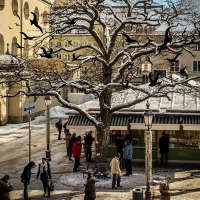 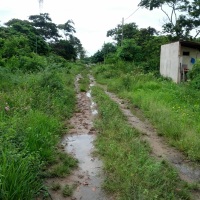 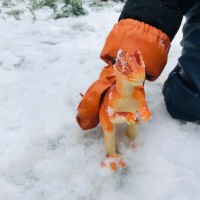 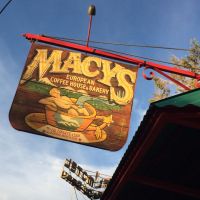 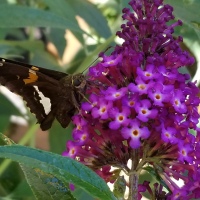