The Gentleman May Be Excused

I don’t claim to have multiple personality disorder, but there seems to be several of me inside my head. In ACZ, we talk about You and You2.

You is the outward conscious person we all know, and You2 is the other side of your brain. Call it the Id, call it subconscious, call it Spongebob Squarepants if you want, we all have this inner and instinctive self. You2 interprets things based on the data stored in memory banks, typically personal experience.

Your conscious and active brain deals regularly with You2. In fact, the decision-making process in your brain is actually a debate between You and You2. How is a decision made? Why don’t we just do the thing we’re thinking, the thing we want to do? What makes us stop and assess?

When you get an idea to do something, there’s an instinct in your brain that makes You2 play devil’s advocate. You2 squares off with You like two barristers in court. You2 will start thinking and generating all the reasons you should not do this thing. The rest is a natural process of your brain saying “Yeah, I’m pretty sure this is what we want.”, and You2 saying “Well, did you consider [fill the blank]?”. This sparring will take place on a scale equivalent to the importance and gravity of the decision. This is why we may agonize for hours, days or weeks over some decisions, while others seem to get processed quickly.

Back to multiple personalities. Maybe that’s not the right term. Maybe “many voices”, but that sounds a little like auditory hallucination. Maybe there’s some “inner self” and “looking-glass self” terminology that fits. To me, it seems like “the many me’s”. Perhaps it’s moods, perhaps everyone does the same thing.

Sometimes,  a member of the cast of characters pops right into my head. There’s the bristly old guy most likely to be worried. About money, about work. About repairs and chores and things that go unfinished. There’s the Armchair Zen Master, able to breathe deeply and transit troubles with philosophy, inner peace. There’s the cranky old bastard that still jumps out now and then to proclaim annoyance with a driver that doesn’t follow the rules.

Lately I’ve been training myself to recognize these voices, these me’s, these You2’s. First I started to try to bar the undesired ones. Change the subject. Cognitive behavioral therapy. When the worst would try to sneak through, I’d say “Don’t bring that guy.”.

Then along came a post on dhamma footsteps (dhammafootsteps.wordpress.com) where the author, tiramit, explains metta.  In Loving Kindness for the Critical Mind, and Loving-kindness For The Unloved, the concept of thinking and expressing loving kindness, acceptance and forgiveness for one’s faulted inner self is conveyed. It never occurred to me to use my own armchair zen on You2 and the Many Me’s. Since then, I’ve tried to “see them” as being equally deserving of the compassion and understanding that would be extended to others.

The battle continued in my cognitive behavioral therapy. Now, instead of “Don’t bring that guy!”, as if in court, I’d say “The Gentleman may be excused.”.

This worked okay for a little while, until I heard myself repeating “The gentleman may be excused!”, often out loud. It seemed that it would be a long, long haul, working constantly on the conditioned response, expelling the inner voice only to have it return. This particular “voice”, this component of the Many Me’s inside my head, is a remnant of young adulthood. It is the memory and guilt associated with shameful behaviors of the time. Still, it was me. We’ll call him MOB (for miserable old bastard).

This kept up for a considerable time. Expelling MOB, his return, repeated expulsion, finally rising to “The witness is expelled! Barred from the proceedings!” Now that would work in the physical world, but since MOB lives inside my head, where could he go? I thought more about metta, and tiramit’s examples and observations of extending loving-kindness to the unloved, and the unlovable. Poor old bastard, he has no where else to go. He’s done his time for his sins, and has a regular life now. Why does he still wear his prison stripes and hang his head? Sure, he was guilty. Admitted guilt when called out. Done all the right things since then. Has he no one to love him? If he can’t go anywhere, don’t we need to learn how to tolerate and understand him?

Then, the imaginary voice in the imaginary courtroom inside my cognitive behavioral workshop decreed (I swear I don’t know where it came from—well, yeah, I do, it came from deep within You2. A place and person that is in some ways much wiser than myself) “He is a ward of the court.”

For a moment I was nearly speechless. Stunned. Dramatic, yes, but also so simple, and in fact, the real truth. I can’t silence MOB, nor can I ban him from my mind. I can, however, understand that I am responsible for “him”. There is no where else to go and the past can’t be changed. “We” simply need to figure out how to accommodate MOB moving forward.

Well, maybe I am a little unmoored in this area. Imagining a court in which the Many Me’s may be judged, or bring witness against those that must be. And the judge? Demanding and grueling on the bench in spite of flaws in “his” personal life. Straightest arrow we can get.

Like writing a screenplay, the scene plays out. In remanding custody of MOB, the court has drawn the 30-year case to a close. MOB suddenly has a home and a resolution of the accusations repeatedly flung. No more trial. No more sentencing. The gentleman may be excused, but is not required to leave the court room.

MOB sits in a chair off to the side, between the bailiff and the jury box. For a moment, his countenance displays a sudden confusion. “What just happened? It’s over? And someone is willing to take me, accept me as I am, as I have come to be?”

MOB hangs “his” head and cries.

We retire from the courtroom together. 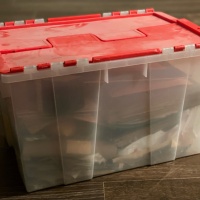 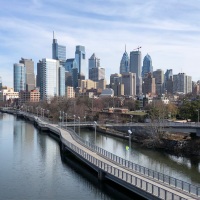