These days I seek to simplify. Like Thoreau at Walden, I’m not entirely removed from my local world, but surrounded by it.

I see people, the masses, by and large, hurling themselves daily through a Brave New World, in many ways unrecognizable from the world of my youth, a brief half-century ago.

Everyone must work now, it seems. There are few Moms these days. I mean old-fashioned Moms like June Cleaver, my mother, the Mom on Father Knows Best.

Not to begrudge women their opportunity to be a “whole” person unto themselves, capable of doing truly great things in our world. Discovery, Leadership, Industry, Medicine, Education. It appears, however, that most of this working is born of necessity. “We need the money. There’s no way we could do this without both of us working.” (The ultimate irony: complaints about the cost of daycare, which consumes much of the second check.)

I’m not sure I don’t hear some degree of selling out in these statements. Things were not “easier” back in the when. When Harold and Marie welcomed their boy into the Brave New World of 1959.

Moms were home when I was growing up. I wonder how many people, if any, realize the great and simple value in that. Moms were always there.

Whether it was my Mom, available at a moment’s notice to find another hat, serve an extra sandwich for a lunch guest, bandage a boo-boo or give us a quarter to take to the General Store at McMurray’s boat livery. Keith’s Mom was home at Keith’s house, and Randy’s Mom was home at Randy’s house. We didn’t even need to think about it. In the event of any calamity or emergency, large or small, someone’s Mom was standing by for rescue.

Nowadays it’s a complex mix of afternoons at the Youth Rec Center or Daycare Provider, (in the old days we called that “babysitting”), or an after-school program for latchkey kids. Moms arrive home with Dads at 5:30. When we raised our kids, Mom stayed home until they went to school. After that, Mom got a job that allowed her to put kids on the bus in the morning, then greet them as they disembarked in the afternoon.

The difference, it seems, is that the children I thought I grew up with apparently never grew up. Somehow, I’m the only one of my childhood contemporaries that has made the leap to full-on adulthood. You know, adulthood, where we take most seriously our duty and obligation to our families. The Adult-hood of my world is a direct result of observing the adult-hoods of the adults around me as I grew up.

Adults work hard and save their money. They save their money to buy a house one day (if that’s your preference). They bought Savings Bonds for babies that would mature when junior was ready for college (or a car and a job). They saved their money for two years for the family vacation. They vacationed at the cabin on the lake a hundred miles from home, or the Jersey shore, two hundred miles from home. They didn’t charge three thousand dollars to a credit card to fly the whole family to Florida to see Mr.Disney’s park. (Okay, so, Mr.Disney’s park was only in California in 1965, I think). They saved four hundred dollars to drive to Old Forge, New York, to Frontier Town. Or saved two hundred dollars which was enough for gas for the boat and food for two weeks of camping on Scout Island.

Adults handled their money responsibly. They didn’t spend three hundred dollars on a new iPhone while complaining the School Tax was too high. They didn’t run up credit debt equivalent to a year’s salary then call the debt consolidator. They kept the old car for another year, or bought another used one with the money they had. They didn’t run out every three years to roll over their lease on a brand new Jetta, all the while complaining that Town Taxes were too high.

Nowadays, it seems the adults just never grow up. They’re buying toys for themselves (as well as for their kids) as quickly as they can be released. While literally reliving their childhoods by purchasing every item for which the whim strikes them, they’re also apparently making up for their own less-than-perfect childhoods that did not include hundreds of dollars in the bank and thousands available on credit cards. Meanwhile, they vicariously re-live and repair their tainted, impoverished childhoods (a time when you didn’t have a TV in your room {GASP!}, when you waited for the first day of school or a birthday to get new clothes {those poor children}, or when you didn’t have your own phone and computer {what’s a computer?})

Our boys had friends in their class that lived not far away, brothers. They lived with their Dad, kids of divorce. For every birthday and Christmas, our boys would regale us with the tales of lavish gifts bestowed upon these kids. My guess is their parents were trying to relieve some guilt by spoiling the kids a little. Frankly, I’m for spoiling kids within reason. Remember how much we love them?

But these kids seemed to get everything all at once. Things our kids wanted but hadn’t received yet. A shelf stereo, a boombox, a Walkman, a Nintendo game, a mountain bike, a thirteen-inch color TV for their room. These things were “regulated” in our house. You could get a Walkman if you were over ten. You had to wait ’til thirteen for the shelf stereo or TV in your room. And a telephone extension in your room? My daughter counted the minutes until her fifteenth birthday when she could have one. (google “extension phone” to find out what it was. You may have to add the word “wired”. Or maybe “antique”.)

Partly it was money. We literally could not afford to go out and buy everything a child would ask for. Partly it was the simple life, and the simple concept of having something to look forward to. We reasoned that there would be no “big present” for Christmas at twelve, fourteen and sixteen if we gave them everything before their tenth birthday.

I blame the Simpsons. The mother and father are dolts, and Bart the insolent smart-mouth. I love the show and the humor and the laughs and even Bart, but it seems that show was the catalyst for change. Pre-Simpsons, children respected their parents and their parents’ authority more. Some out of fear, but many out of honor for their parents, traditions, civility. Kids were expected to be respectful of adults (and- brace yourself—polite!) Grandfather was the patriarch, the wise old man. Even if grandfather was fading into his twilight of life, he was respected for going to war for liberty, for building the American Industrial Machine, for being a part of The Greatest Generation, taking our country from the aftermath of the Civil War, Gold Rush expansionism, Teapot Dome, Seward’s Folly, the Great War and the depression to the height of free democracy and economics, all the way to the moon!

In a post-Simpsons’s world it seems nothing is sacred, no one is immune from biting sarcasm and harsh ridicule. Respect appears to be garnered only by the rich and famous and beautiful. Rappers, Sports Superstars, Super models, movie stars, dot-com billionaires, the Bill Gateses and Mark Zuckerbergs.

Sadly, this has become the life view of so many children, and now the grown children (I hesitate to use the term Adults), of the Simpsons’ generation.

In Brave New World, Aldous Huxley takes us to the year 2540. The book, published in 1931, observes modern man and all he has become, and relates a sort of Tarzan tale of finding a primitive people that live the way they had centuries ago. The primitive man marvels at the Brave New World, but the modernistas also marvel at the primitive one, unveiling subtleties that may have been lost in the conversion to modernity. Primitive man finds the New World too fast, impersonal, cold, filled with rules that appear to have left the human touch behind.

Simultaneously, Modern Man in the story travels to the primitive place, an oasis that missed modernization, and discovers that people are closer to animals than machines. The things deemed important in the visceral primitive world are people, babies, community, fairness, solidarity, art, appreciation of nature and beauty, and other things long-forgotten in the twenty-sixth century.

We have a long way to go to get to 2540 (if we do).  Let’s all re-read the book now, and see if we don’t want to pause and think of the things we’re discarding.

Put away your credit card, snuggle in with your kids, and have a good old-fashioned read. Let’s see if we can’t shape a better Brave New World. 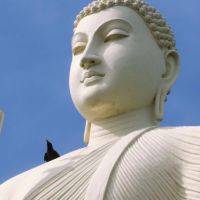 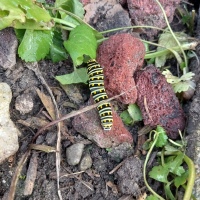 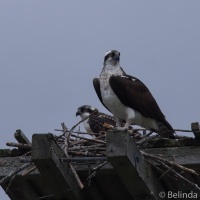 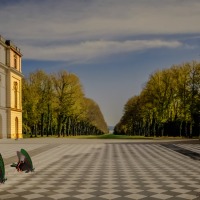 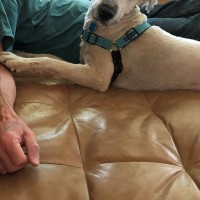