We had a facelift done to our building, and it looks real nice.

Unfortunately, it covered the 80 year old wood construction that previously existed.  Why unfortunate, you say?

My company leased this building about six years ago, and each spring has been heralded with the arrival of the sparrows. Like the swallows of fame, it was an eagerly anticipated event. The sparrows (probably returning nesting pairs) would fly up into those holes with straw and sticks, industriously preparing for another brood. As all the signs of spring unfolded around us each day, we worked alongside (or more accurately: beneath) those little birds. We were industrious together, or at least in parallel.

Within just a few weeks of some messiness on the dock, some hay and bits of chipped wood and bird droppings, there would be a hatch. Babies could be heard to screech all day, fighting their siblings for the morsels delivered by mom & dad. The screeching and eating would go on for a couple weeks, then you’d start seeing little sparrow faces peeking out of the holes of our dock ceiling. The parent birds seemed to disregard our presence, coming and going as needed to raise their little families, sometimes perching on the ladder racks of our trucks, sometimes hopping about on the loading dock picking up bits of food or scraps for nest repair.

Then there were the bees. Carpenter bees. Curious little animals. They loved the wood fascia of the dock’s overhang. Old dried wood in which they would bore holes. They use sawdust to build walls between the chambers of their nests. They also show off their nests for potential mates. They’d fly facing the fascia, sort of hovering like a hummingbird. They seemed to be admiring their work and guarding their nests. Undesirables (probably other male bees) would be driven off post-haste. Some folks say you’d better be kind to them, because they’ll remember you. If you go after them with fly swatters and sprays, apparently you’ll be recognized as a threat and the bees will chase after you.

Our bees just hung out there. Being bees, many folks fear them, but they’re really quite gentle if you choose to get along with them. In years past there would be a dozen or more at all times, standing guard over (or would it be under?) our eaves. 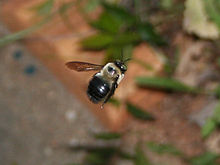 This year, right this moment, in fact, some of the bees have returned to their former stomping grounds. They’re a little lost, confused, befuddled by the strange transformation, perhaps some form of petrification, that has happened to their favorite soffit. The wood has turned into aluminum. I can only hope they aren’t breaking off any tiny bee teeth trying to bore a hole to get to their old summer home. Most of them have moved on. Accepted the undeniable end to summers at the WOC building with Paz. These two out here now? I don’t know, but I hope they get the idea and move on before the season has passed them.

The sparrows, on the other hand, barely blinked an eye before moving on to the next opportunity.

Now it’s a bit quieter, admittedly a bit cleaner, than having those sparrows outside the door, screeching ’til June.

And the new vinyl siding on the underside of the soffit looks nice. Now there’s a neat industrial building in the semi-industrial park, and we can better hear the sounds of trucks and forklifts. Progress, I suppose. Most folks would be glad to be rid of the unsightly old wood. I kinda miss the sparrows.

I bear it, though, with the help of a fictional character and his son. The father played by Andy Griffith, the son, Ron Howard.

In an episode of The Andy Griffith Show, the son (Opie) raises a few orphaned birds in a cage until they’re of fledgling age. The father, Andy, gently chastises the child, telling him he should set the birds free, let them fly where they belong, but leaves the decision to the five-year-old boy.

Opie recognizes his father’s wisdom, and reluctantly releases the birds that have become pets. In the final scene, Opie looks at the cage with a pout on his face, and says to his father “Boy, this cage sure looks empty.”

In his inimitable way, Andy looks out the boy’s window through which the birds were released, and with a warm-hearted smile replies:

“But don’t the trees look nice and full.”

The Maple in the Grotto 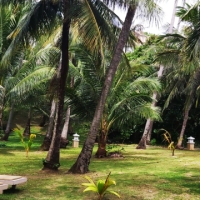 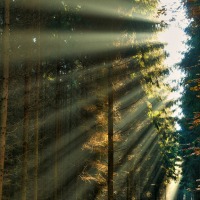 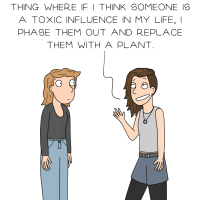 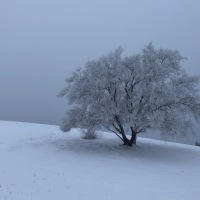