I had a vision within a dream.

All the people of the world were gathered and placed on a giant, flat disk. It is incomprehensibly large, perfectly round, and entirely devoid of features.

Like a huge Frisbee, the disk floated in space, filled with the population of Earth.

The disk faced away from the sun, and like the dark side of the moon, we were all in total darkness. 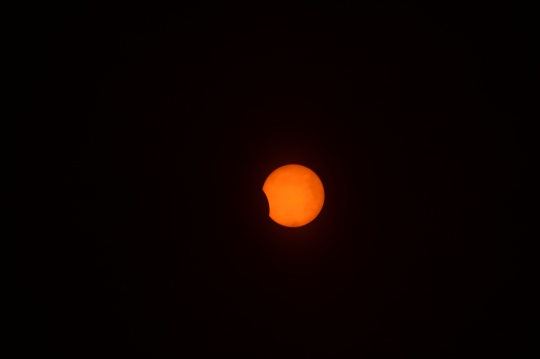 In the vacuum of space, no sound carried. There was no speech. There were no languages. No language barriers. We could not know if the one beside us was from our own homeland, or some place entirely foreign to us.

We were naked in the silent darkness. There were no well-earned three-piece suits strolling past an undeserved and unearned raiment of rags, uniform of the destitute. We could not know if the one beside us was rich or poor.

Without an inch of room, there could be no separation, no segregation. No slums or ghettos or prisons.

We stood, shoulder to shoulder, beside one another. And all we could know was that some were shorter and some taller. Some seemed younger, and others seemed older. Some were quite plump, and some skinny as rails. In the darkness, there was no white or brown or yellow or red. Just people.

Looking outward, from darkness into darkness, we were stricken with fear. Our fears could not be shared. No voices to cry out. No light to see the anguish in faces. Bit by bit, we began to feel it. We could feel the trembling of all the world, shaking in terror.

Then we could feel a shift, as some fell to their knees and began to pray. Others prostrated themselves, and others stood and nodded as they prayed. Others stretched their arms outward and looked into the unknown as they sought peace with the universe.

From distant space, a meteor struck the disk and rocked it. The violent collision turned the disk ever-so-slightly, just enough to illuminate a single child, just a baby, wrapped in swaddling, as it fell from the edge of the disk. Out into the vastness of the Cosmos. Alone.

Without hesitation, all the world shifted to move the disk back into place. The strongest worked the hardest, and the weakest expended their last ounce of strength. Clasping hands, a human chain formed. Without regard for their own safety, the chain stretched and reached for the drifting lost child. In a single, silent thrust the chain grasped the child and held mightily, and with the greatest of efforts the child was drawn in, back to the fold, and the population of the world was one again.

Then, like magic, we all knew. We knew we were all of different colors and languages and religions and walks of life. Yet in the silent darkness we were all the same. In the fear-filled void, we were all equal.

There were no lands to fight for. No fields to farm or factories to fill. There was absolutely nothing else to be done.

And so, we held one another.

Observations from the soft chair, Pursuit of identity 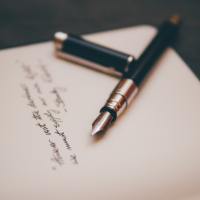 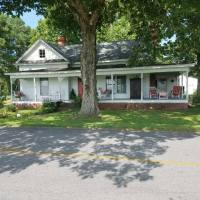 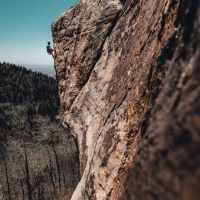 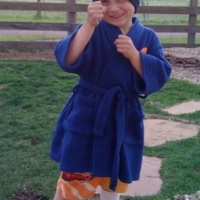